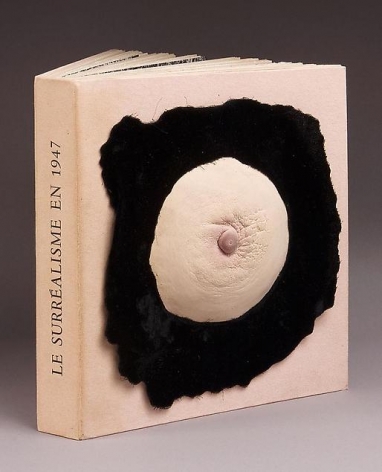 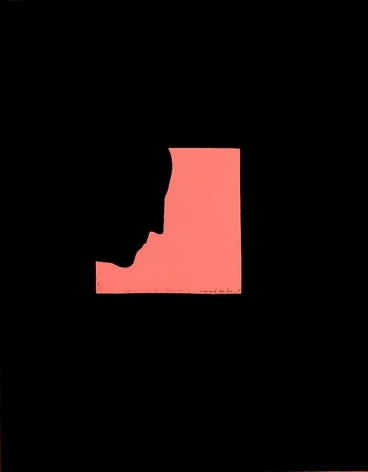 1887
Born July 28 in Blainville, France, the forth of six children.

Upon the completion of his high school education joins his two older brothers, Jasques Villon and Raymond Duchamp-Villon, in Paris. He studies painting at the Académie Julian for one year and rapidly passes through the main contemporary trends in painting – Postimpressionism, the influence of Paul Cézanne, Fauvism, and Cubism. He sees no virtue in making a habit of any one style.

1905
Finishes at the Académie Julian and spends a year in the army working in a print shop in order to avoid the general conscription laws then pending. When he returns to Paris, he finds work as an illustrator and cartoonist for popular satirical journals.

1909
Begins exhibiting paintings in the Salon d'Autumne and the Salon des Indépendants. His works show the influence of Paul Cézanne and the fauves. At the Sunday gatherings he attends in Puteaux, a Parisian suburb where his brothers have their house and studio, he participates in discussions about philosophy, music, literature, photography, and non-Euclidean geometry. In art, members of what is to become known as the Puteaux group, embrace cubism, which finds its most doctrinaire proponents in Albert Gleizes and Jean Metzinger.

1911
Duchamp's paintings show a trace of Cubism. He meets Francis Picabia, who probably introduces Duchamp to writings of Max Stirner. After a trip from Paris to Rouen he completes the self-portrait Sad Young Man on a Train.

1912
Creates Nude Descending a Staircase which shows no nude but only a descending machine, a nonobjective and virtually cinematic effect that is entirely new in painting. Submits it to Society of Independent Artists in Paris, where Gleizes and Metzinger request it to be removed, claiming that its kinetism is not cubist.

1913
Nude Descending a Staircase is selected for the International Exhibition of Modern Art in New York, known as the Armory Show, where it becomes a sensation. The success is so tremendous that Duchamp stops painting at the age of 25. Within the next two years, he adopts a consciously scientific attitude to art-making, compiling notes for a project that will become The Bride Stripped Bare by Her Bachelors, Even, also known as The Large Glass. For it, he repudiates entirely what he calls retinal art and adopts the geometrical methods of industrial design, experimenting with methods of measurement and mechanical drawing. The Large Glass becomes like the blueprint of a machine, albeit a symbolic one, that embodies his ideas of man, woman, and love. The topic of sexual relationships as mechanical processes that he had begun to investigate in 1912 in paintings like La Mairée, here reaches a new and radical synthesis. Like the Nude, The Large Glass is to become unique among works of modern painting. Until 1923, Duchamp works almost exclusively on the preliminary studies and the actual painting of the picture itself. During this period, he develops the idea of the so-called readymade by proposing a Bicycle Wheel as art, which is simply an ordinary bicycle wheel: An industrially produced object becomes a work of art through the choice or assistance of the artist.

1914
When World War I breaks out, Duchamp, who is exempt from military service due to a minor heart defect, lives and works in almost complete isolation as a librarian.

1915
He leaves Paris for the New York, where he is welcomed by reporters and intellectuals as a famous man and soon meets future patrons Louise and Walter Arensberg, as well as a large circle of artists and poets who would give shape to New York Dada. The Arensbergs establish a studio for him in the Lincoln Arcade building. He soon becomes the center of a circle that gathered at the Arensberg's apartment in the evenings, where he is often to be found playing chess with Arensberg or Francis Picabia. He gets many offers from art galleries eager to handle his works but refuses them all, not wanting to start a full-time career as a painter. To support himself, he gives French lessons. He helps Arensberg buying back many of his works, including the Nude. Makes New York his home until 1923, where his activities influence the conception of artistic practice elaborated as New York Dada. In particular, he provides key theorizations of strategies like the use of mechanical drawing, the deployment of found objects, and the assumption of alternate identities. Construction of The Large Glass begins. Painted on glass and including industrially produced wires, it represents a mechanical diagram of sexual intercourse, the functioning of which is elaborately, though enigmatically, explained by Duchamp in his notes related to the project. Makes his first New York readymade: a snow shovel bought at a hardware store to which he adds the inscription: In Advance of the Broken Arm [after] Marcel Duchamp.

1916
He moves to 33 West 67th Street, in the same building as the Arensbergs. They pay his rent in exchange for The Large Glass. He meets Katherine S. Dreier, a director and benefactor of Society of Independent Artists. He writes to his sister Suzanne asking her to complete Bottlerack which he had purchased as a "sculpture already made" and left in his apartment in Paris, thereby demonstrating that the construction of a "ready-made" can take place at a distance. Fountain, the most notorious example of his readymades, is submitted to the first exhibition of the Society of Independent Artists, an organization that Duchamp founded, under the pseudonym R. Mutt. Despite the stated program of the group to exhibit anything submitted by artists who had paid the fee, Fountain was rejected, resulting in a scandal that was only heightened when it was revealed who had authored the work. Duchamp discusses idea of the readymade publicly for the first time in an interview for the Evening World.

1919
Moves from Buenos Aires to Paris where he establishes contact with the Dada group there and creates L.H.O.O.Q., a photograph of the Mona Lisa with a moustache and a goatee added. The act expresses the Dadaists' scorn for the art of the past.

1920
Returns to New York, founds the Société Anonyme, Inc., in New York with Man Ray and Katherine Dreier. He creates his female alter ego Rose (later Rrose) Sélavy, first as a conceptual, then one year later as a visual entity. For the next twenty years, he signs his work with this pseudonym. As a persona, Rrose Sélavy is consistently identified with commercial methods of signifying authorship such as the copyright and the trademark. Fresh Widow, the first work copyrighted by Rrose Sélavy, is built by a carpenter for Duchamp and is a reproduction of a set of French doors. By replacing the window panes with black patent leather and titling the work "fresh widow" (a pun on "French window"), Duchamp alludes to the casualties of World War I.

1921
Creates works that are to become emblematic of Dada's sensibilities, including L.H.O.O.Q and 50 cc Air de Paris. He also contributes to the formation of Dada identity when he and Man Ray collaborate on the only issue of New York Dada. Including a mock statement of authorization sent by Tristan Tzara from Paris, the issue is the only official Dada publication to appear in the United States.

1923
Stops working on The Large Glass. Moves back to Paris where he remains until 1942, except three brief visits to the US. He begins a romantic relationship with Mary Reynolds. As the years pass, art activity interests him less and less, but cinema becomes more relevant to him. After years of sketching out ideas for theoretical machines, he begins building three-dimensional, functional machines such as Rotary Demisphere (1925) which experiments with the visual tricks produced by forms in motion. His first works in this medium are devoted to optics and inspire him to create a short film, Anemic Cinema (1926). With these and other products, he acts as a kind of amateur engineer; the modesty of his results is a way by which he can ridicule the ambitions of industry. He devotes an increasing amount of time to playing chess, even participating in international tournaments.

1926
Sails to New York to organize a Constantin Brancusi exhibition at Brummer Gallery. The Large Glass is shown publicly for the first time in the International Exhibition of Modern Art, sponsored by the Société Anonyme, Brooklyn Museum, New York.

1927
Marries Lydie Sarazin-Lavassor, the twenty-four-year-old daughter of an automotive manufacturer. The couple divorces in January 1928.

1932
He continues participating in chess tournaments in the United States and Europe and publishes a guide to endgame situations cowritten with the German chess master Vitaly Halberstadt.

1934
Duchamp publishes the Green Box, a work containing a series of documents related to The Large Glass. André Breton's important essay on Duchamp, "Lighthouse of the Bride," is published in the Parisian journal Minotaure. From this time on Duchamp becomes closely associated with the Surrealists and helps Breton to organize all the Surrealist exhibitions from 1938 to 1959.

1935
Designs the Rotoreliefs to be played on an ordinary record player and attempted to sell them at the annual inventors' fair in Paris, a largely unsuccessful venture.

1937
His first solo exhibition is presented by Arts Club of Chicago.

1939
Just before World War II he assembles Boîte-en-valise, a suitcase containing 68 small-scale reproductions of his works. When the Nazis occupy France, he smuggles his material across the border in the course of several trips. Eventually he carries it to New York, where he joins a number of the Surrealists in exile, including Breton, Max Ernst, and Yves Tanguy.

1942
When the Germans occupy Paris, Duchamp leaves for New York, where he renews contact with the avant-garde and its patrons. He begins making notes for the last major project of his life, Étant donnés, a three-dimensional tableau in which his lifelong preoccupation with the relationship between viewing and sexuality gains a direct and unambigous representation.

1949
"Twentieth-Century Art from the Louise and Walter Arensberg Collection," which includes thirty works by Duchamp, opens at Art Institute of Chicago.

1950
Fountain (represented by a substitute) is shown in public for the first time at the Sidney Janis Gallery's "Challenge and Defy" exhibition.

1951
Renews his acquaintance with Alexina (Teeny) Matisse, the former wife of Pierre Matisse. They move into a New York apartment, where they will reside until 1959.

1954
Marries Teeny Matisse; becomes stepfather to Jacqueline, Paul, and Peter Matisse. He lives in semiretirement, spending most of his time playing chess.

1960
His semi-retirement is interrupted when the rising generation of artists come to him from all over the world. Retrospective exhibitions of his works are organized in America and Europe.

1961
The Museum of Modern Art's "Art of Assemblage" exhibition opens.

1964
In collaboration with Duchamp, Arturo Schwarz opens "Homage to Marcel Duchamp" at Galleria Schwarz in Milan. The exhibition features the newly editioned readymades. Takes part at the Documenta III in Kassel.

1965
Exhibits at the Kestner-Gesellschaft, Hannover.

1968
Duchamp dies on October 2nd after a laughing fit in Neuilly-sur-Seine. His friends find out that he has worked secretly for the last 20 years on Étant donnés: 1. The waterfall, 2. The illuminating gas – a heavy wooden door which offers through two small holes a glimpse of a mixed media installation, showing the lower part of a naked female body in a landscape.